After a lot of testing I'm not sure anymore, if the HaSa uses the user input correct.

Here is one example: 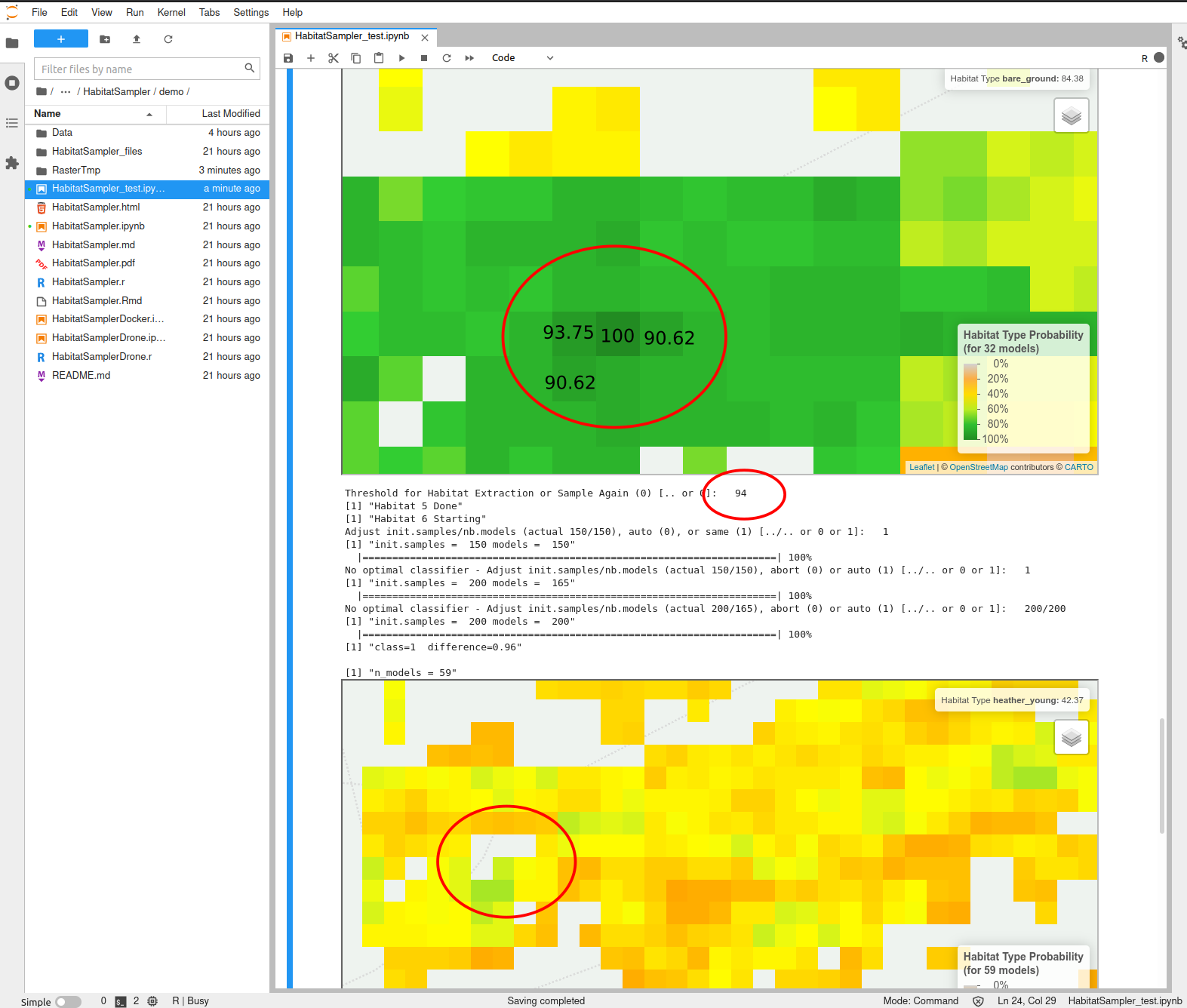 As the picture above shows, the input threshold was 94. In the upper probability map are 4 pixels marked with their values. In the probability below all 4 Pixels are cut out, so they were rated as part of the class even if three of them are cleary below the threshold.

Even if you consider rounding errors and truncated decimal places this seems to be wrong.

In the lines 505 to 511 in the outer_procedure.r the threshold is implemented to the raster to make a "cut pattern".

If you assume that max_prob = 32 (max. number of models) then the threshold should be calculated like:

If the absolute number of models is low, the difference between user input and used threshold gets quite extrem. Below is an example with 5 models, an user input of 80% but all the pixel with 60% are also assigned. 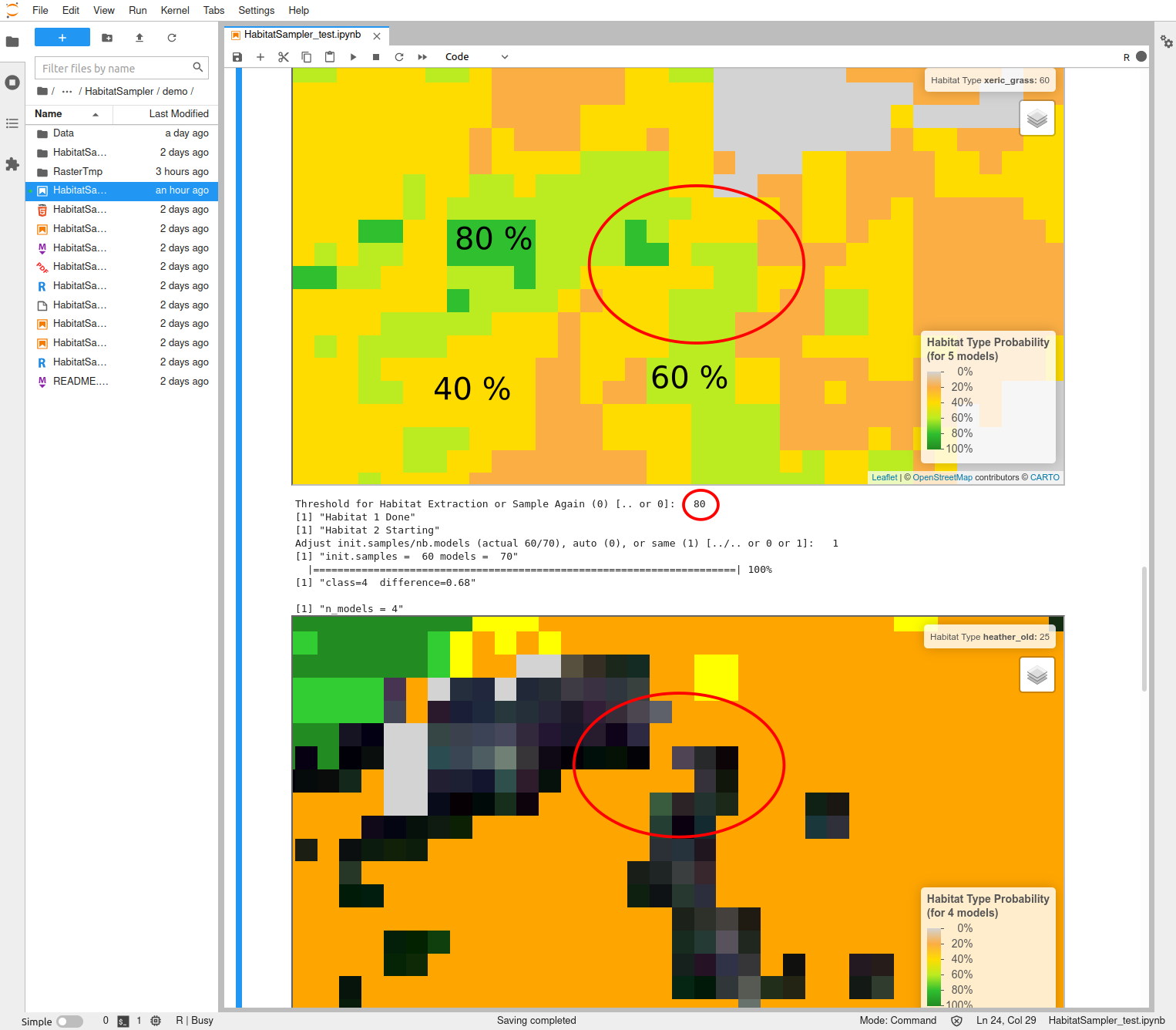 @romulo @alibeam Did you also experienced this behaviour? Does it just take one model less then the input threshold? Is there something I missed in the code?